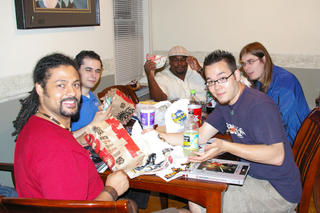 There are few things more sinster than man – except maybe man with his friends. Adam pointed out how much he missed his boys and a few other mentionables like his favorite fast food Del Taco.. Alas what do they do- They gather around bags of their lost commrades favorite muchie junk food dinner items – DEL TACO and procede to toast his adventures and ask me to document said moments. I being the loving new wife that I am- do so under the understanding that Adam must be kept abreast of their goings on while he’s away. I also refrained from photgraphing them in their Halo playing glory because that would have just be cruel and unusual 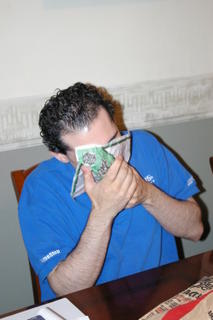 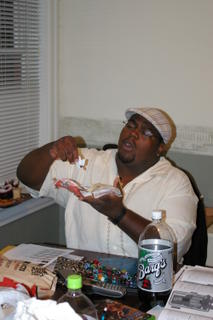 just the Del Taco documentation. This rare photo opportunity also proves that grown men do sit around my dining room table and role play weekly- an activity that has become far less entertaining since Adam has crossed the globe. A few of the guys were late to this particular session and they- the group- have yet to recover from a mild emplosion of testotrone which proved to me men suffer from PMS just like women do, alas unlike women they will regroup and play nice alot faster than women. That shit takes us years, takes men maybe two weeks to a month depending on the level of violation. I tease them and poinit out that Role playing is a bunch of guys sitting around playing make beleive 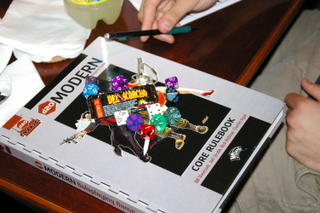 (visualise Mr.Rogers neighborhood of Make beleive meets dungeons and dragons.) Ironically I know that Jerry wouldn’t be half the writer or nearly as easy to live with with out his Sunday night role playing session with his friends, and I like the guys – they are great – they bring so much diversity to our house. (Our daughter is more comfortable around people of all nationalities because of the very diverse world Jerry and I live in from poets to hair stylists, to religion majors.) Ironically a friend of mine voiced that all of our friend wer white but I digress we have alot of caucasian friends, asian friends, black, african, persian, and mixed ethnicities. Anyway out side of race our friends think outside of so many boxes and push envelopes on religious 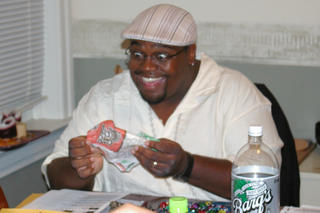 ideals and politics and shoot ANYTHING including comicbooks and history and any number of interesting conversations inspired by NRP or their minds random firings. . I’m glad that I know them all – even the ones I don’t necessarily agree with. But this is all besides the point. This post is mostly just about the torture men can think up – no matter how diverse and well read and wonderfully thought – they all thought this would be a great idea. Adam I love you, despite what maybe running through your head as you witness this scene, this debachery on your computer – take solice that anyway!one of these guys would trade places with you in a heart beat- okay maybe not Bora or Jerry or Justin but Justin wasn’t involved and Bora is PIMPTRON andJ is Jay so – forget what I just said hold on to the fact that I love you and we both know their insides can’t handle the Del like you any boundries -politics And Cammy was an innocent bystander in the plot to torture you 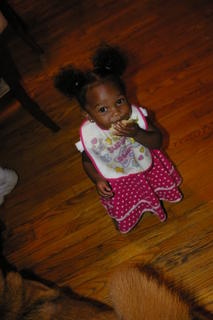 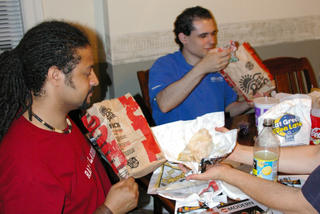 Torture of Those in Sushi land